Skip to Main Content
It looks like you're using Internet Explorer 11 or older. This website works best with modern browsers such as the latest versions of Chrome, Firefox, Safari, and Edge. If you continue with this browser, you may see unexpected results.

Get hold of one of the available Robots at SIT Library and start your robotics journey today! 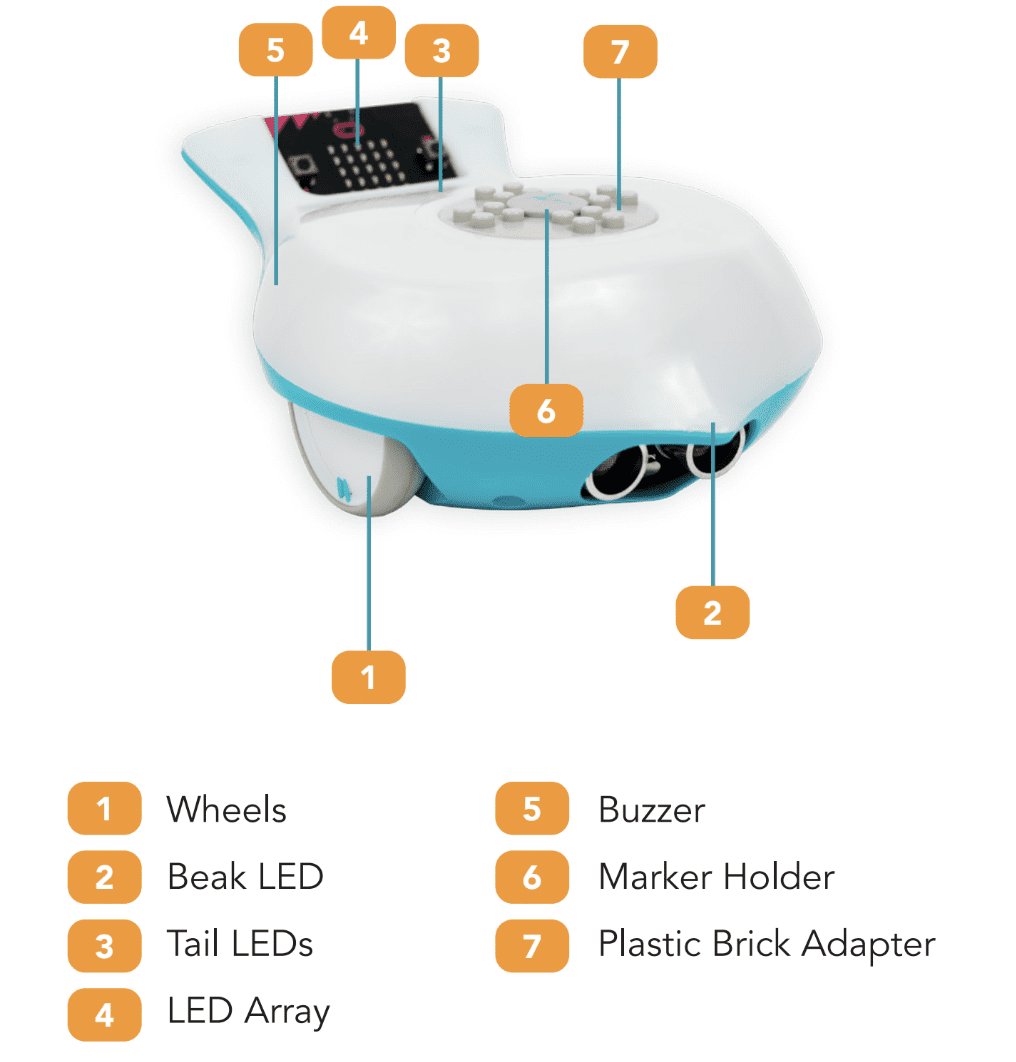 2 & 3 - The Beak LED and Tail LEDs have 3 tiny light elements inside each of their lights, with the red, green and blue colours.

4 - The LED array on the micro:bit has a 5x5 grid with 25 tiny lights. The Finch can be programmed to light up the array in any pattern coded by the user.

5 - The finch can produce musical notes through the buzzer with a MIDI number of between 32 and 135.

6 - Any marker can be inserted through the marker holder area with its tip facing down; this allows the Finch to draw images depending on what it was programmed to draw. 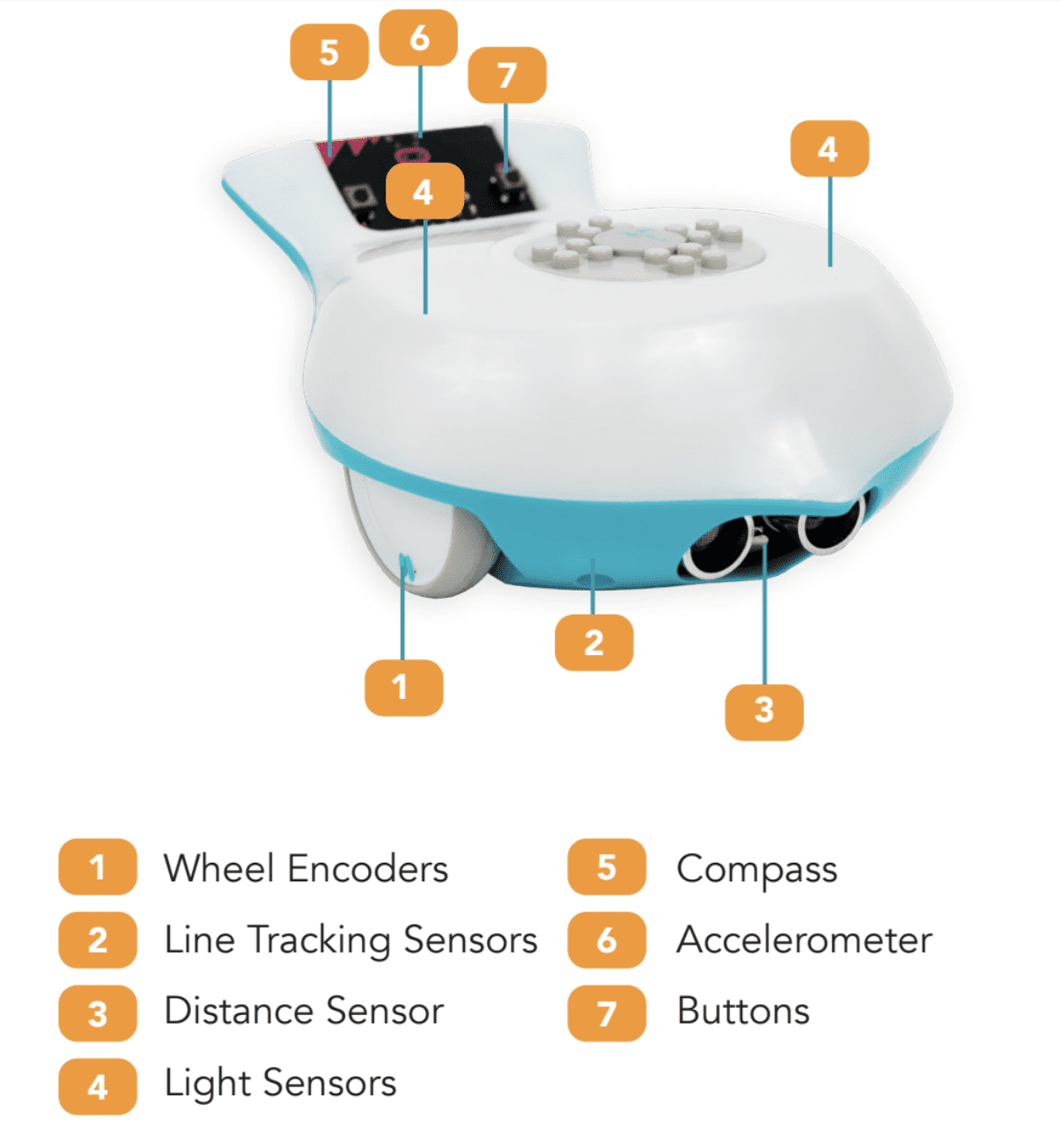 1 - The wheel encoders on each wheel measure in wheel rotations how much distance has its corresponding wheel travelled.

2 - Sensors at the bottom of the Finch that give it line tracking capabilities.

3 - Detects how far an object is from the Finch. It can measure distances of up to ~275cm.

4 - Detects the intensity of the surrounding light near the sensor.

6 - Detects the orientation of the Finch in space; whether it is upside down or upright, or if its beak is facing upwards or otherwise