Skip to Main Content
It looks like you're using Internet Explorer 11 or older. This website works best with modern browsers such as the latest versions of Chrome, Firefox, Safari, and Edge. If you continue with this browser, you may see unexpected results.

Get hold of one of the available Robots at SIT Library and start your robotics journey today!

Distance sensors, or ultrasonic sensors, are used for more than just obstacle detection, like in this maze solver activity. It is also used for vehicle detection for car wash and automotive assembly, as well as object detection on conveyor belts in factories. For navigation purposes, they are used in autonomous cleaning robots that avoid obstacles. 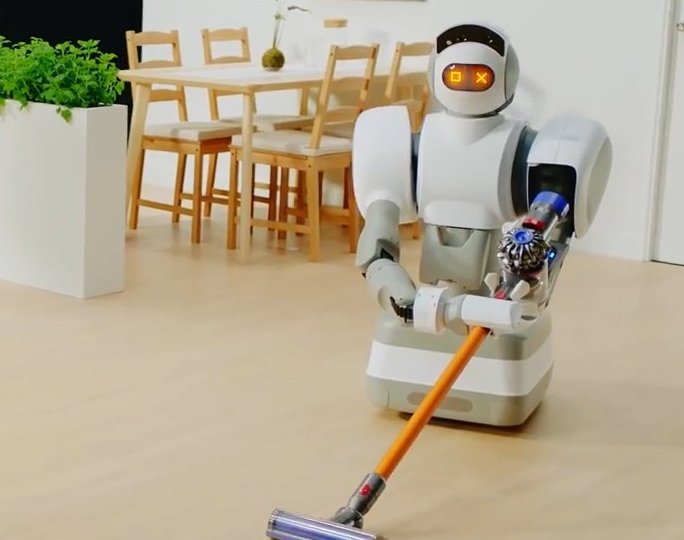 Create a maze with at least two turns. You can mark a maze on the ground with masking tape. Program a navigation sequence using only setMove() and setTurn() methods for Python, or only move and turn blocks for Snap!. Iterate until your robot can get from start to finish without running into any walls.

When this is accomplished, try solving the maze again, but using one Finch as a remote control to control the second one to move through the maze. Click here to learn how to connect multiple Finches with Python and here to connect with Snap!.

1. Use a repeat until block that stops when button A is pressed on Finch A.

3. Add a Finch stop block after the repeat until block to stop Finch B's motion.

1. bird1 will the 'remote control' and bird2 will be the Finch that moves through the maze.

2. Use a while loop that breaks when button A is pressed.

4. When the while loop breaks, use the bird2.stopAll() function to stop bird2's motion.

Create a maze with at least two turns, then use cardboard to build maze walls for the distance sensor to detect. These mazes should not have branches or forks in them if the Finch is to solve it by itself.

Program your Finch to solve a maze automatically! The Finch should:

· Move forward until it finds an obstacle.

· Turn right or left by 90 degrees if an obstacle is detected.

· If, after it has completed its first turn, it still sees an obstacle, then the Finch should turn 180 degrees. If it does not see an obstacle, it should move forward.

Once your maze solver is working, rewrite it so that the Finch can determine how far it had to travel to solve the maze:

· Each time the Finch moves forward, it should reset the encoders, measure the distance it moves in centimetres, and add it to a list named distanceList.

3. Use a Finch Reset Encoders block.

4. Use a repeat until block that stops when the Finch detects a black line, which will be the maze exit. Make it such that the Finch stops when either line sensor detects the black line.

5. Within the repeat until block insert a if-else block.

6. The if block will trigger when the Finch distance sensor detects that the Finch is still far from the wall. The specific distance will depend on your maze. The Finch will move straight as long as no obstacle is detected.

7. Should the Finch detect an obstacle, it will come to a stop. Add getMeanWheelDistance to distanceList.

8. Make the Finch turn 90 degrees to either right or left. If an obstacle is detected, the Finch will turn 180 degrees.

9. The last block within the else block should be the Finch Reset Encoders block.

10. The Finch is to come to a stop after the repeat until block stops. Add getMeanWheelDistance to distanceList.

12. Use the say block to print the value of distanceSum to the screen.

1. Declare two variables distancethreshold and lightthreshold. These 2 variables are the distance between the Finch and the surrounding maze walls, and the threshold below which the Finch detects as a black line respectively. The values of these 2 variables can be adjusted depending on your maze and your lighting conditions.

3. Define a function append_distanceList() that appends to distanceList the mean of the distance measurements of both Finch wheels, in centimetres. Distance travelled by the Finch in one wheel rotation is equal to 5π cm.

4. Use the bird.resetEncoders() function to reset the value of the Finch wheel encoders.

5. Use a while loop that breaks when the Finch detects a black line. This black line will be the maze exit.

7. Under the else statement, the Finch should come to a stop as it has detected a wall directly in front of it. Then, use the append_distanceList() function to add to the list the distance travelled by the Finch.

8. Afterwards, turn the Finch 90 degrees to the right or left. If the Finch still detects an obstacle, it should turn 180 degrees. The last part of the else statement should reset the Finch encoders.

9. When the while loop breaks, stop the Finch using bird.stop() and use the append_distanceList() function for the last time. Print the sum of the measurements in distanceList to the screen using "print(sum(distanceList))". 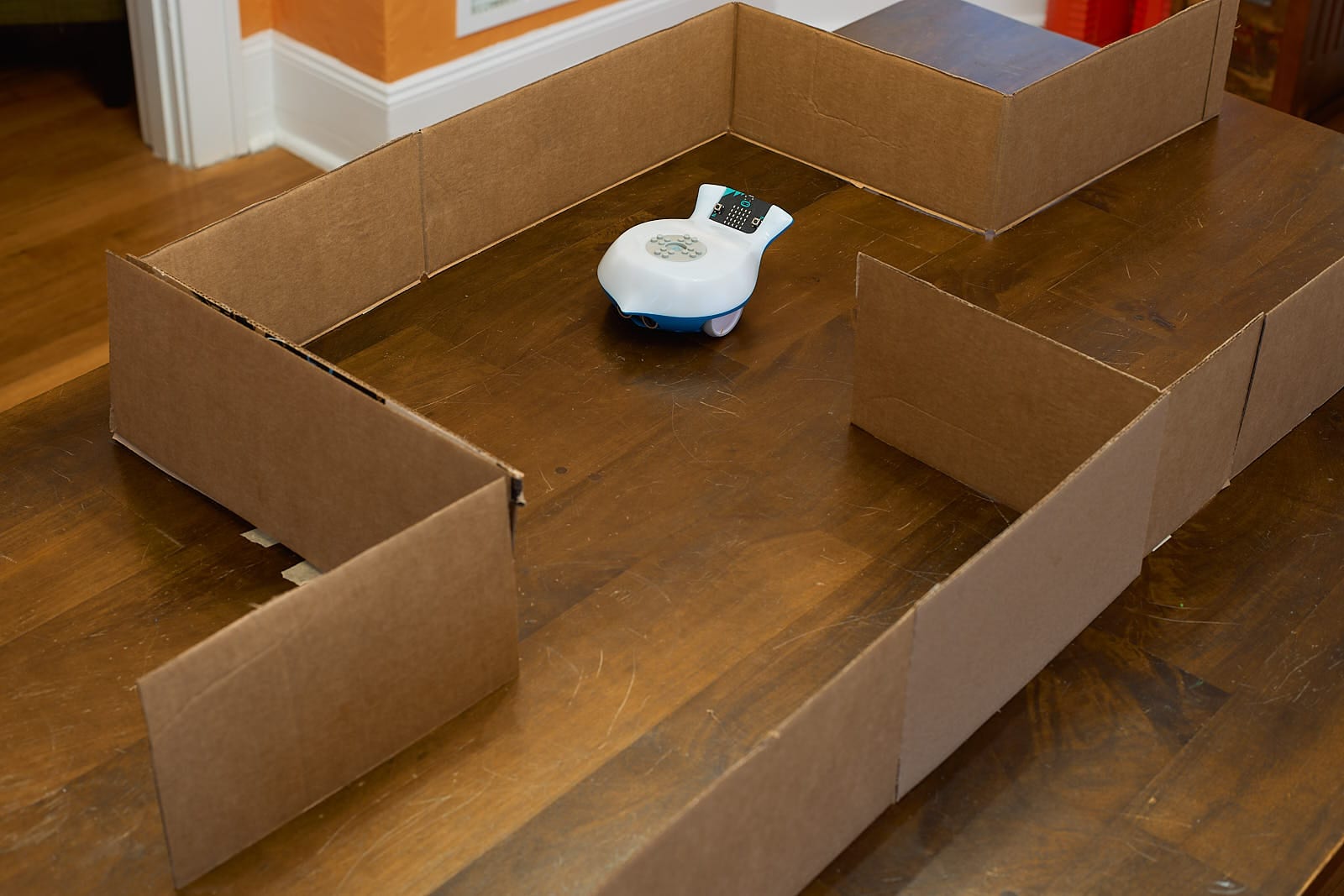